Check out some of this fiction with dementia as a central theme:

Forgetting Foster
- Dianne Touchell (2016)
Foster suddenly recognised the feeling that rolled over him and made him feel sick. It was this: Dad was going away somewhere all on his own. And Foster was already missing him. Foster Sumner is seven years old. He likes toy soldiers, tadpole hunting, going to school and the beach. Best of all, he likes listening to his dad's stories.
But then Foster's dad starts forgetting things. No one is too worried at first. Foster and Dad giggle about it. But the forgetting gets worse. And suddenly no one is laughing anymore. 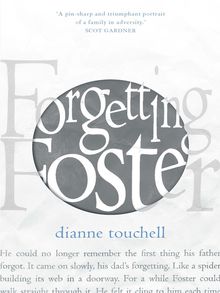 The whole stupid way we are
- N. Griffin (2013)
During a cold winter in Maine, fifteen-year-old Dinah sets off a heart-wrenching chain of events when she tries to help best friend and fellow misfit Skint deal with problems at home, including a father who has younger onset dementia. 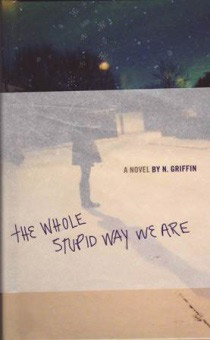 Downeast ledge: a novel
- Norman Gilliland (2013)
Changing times and personal failings have brought life to a standstill for the natives of Ashton, Maine. On the far side of the river that divides the coastal town, the prosperous summer residents come and go, seemingly complacent, without having much to do with the locals. But when Amber Waits crosses the river to take a job as a caregiver to Walter Sterling who has dementia, all bets are off. She finds herself thrown into the troubled lives of Walt, his distracted wife Geneva, and their resentful and reckless daughter Karen. And although he seems unaware of his surroundings, Walt begins to exert a strange influence on Amber and her friends. 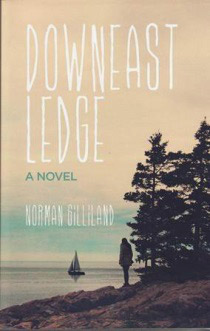 Pop
- Gordon Korman (2009)
When Marcus moves to a new town in the dead of summer, he doesn't know a soul. While practicing football for impending tryouts, he strikes up an unlikely friendship with an older man. Charlie is a charismatic prankster and the best football player Marcus has ever seen. He can't believe his good luck when he finds out that Charlie is actually Charlie Popovich, or 'the King of Pop,' as he had been nicknamed during his career as an NFL linebacker. But that's not all. There is a secret about Charlie that his own family is desperate to hide.

Curveball: the year I lost my grip
- Jordan Sonnenblick (2012)
After an injury ends former star pitcher Peter Friedman's athletic dreams, he concentrates on photography which leads him to a girlfriend, new fame as a high school sports photographer, and a deeper relationship with the beloved grandfather who, when he realises he has dementia, gives Pete all of his professional camera gear. 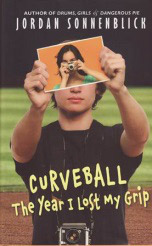 Half a Chance
- Cynthia Lord (2014)
When Lucy's family moves to an old house on a lake, Lucy tries to see her new home through her camera's lens, as her father has taught her -- he's a famous photographer, away on a shoot. Will her photos ever meet his high standards? When she discovers that he's judging a photo contest, Lucy decides to enter anonymously. She wants to find out if her eye for photography is really special -- or only good enough. As she seeks out subjects for her photos, Lucy gets to know Nate, the boy next door. But slowly the camera reveals what Nate doesn't want to see: his grandmother's memory is slipping away, and with it much of what he cherishes about his summers on the lake. This summer, Nate will learn about the power of art to show truth. And Lucy will learn how beauty can change lives . . . including her own. 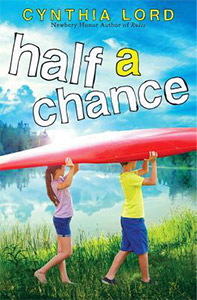 Remember This
- S. T. Underdahl (2008)
Lucy Kellogg is looking forward to a great summer: her fearless friend, Sukie has talked her into trying out for the cheer team, and her witty and worldly grandmother, Nana Lucy, is coming to visit. But an errant toe touch jump during tryouts leads to public humiliation and a controversial (but totally hot) boy from the past turns up, threatening Lucy's friendship with Sukie. Meanwhile, things are changing with Nana Lucy. Now the woman who always told her, 'Remember this: I love you,' is forgetting everything--even her granddaughter. A scary close call ultimately forces Lucy to face her worst fears and, as one Lucy fades, another comes into her own . . .

Further suggestions of fiction and other topics can be found on the Dementia Australia website library page.

Places to get information

If you want more information or feel like you need more support, the following websites might be useful

If you need support, or just someone to talk to, there are people you can call

Check out some things you can download with more information on dementia: